Tibetan Yoga of Movement: The Art and Practice of Yantra Yoga

by Chogyal Namkhai Norbu and Fabio Andrico. This is an easy-to-follow guide to the practice of Yantra Yoga. Fabio Andrico’s lighthearted and practical presentation of the principal movements and pranayama’s, informed by Chögyal Namkhai Norbu masterful instructions, makes this an indispensable tool for beginning and advanced practitioners alike. Beautifully designed, it contains hundreds of color photographs.

Tibetan Yoga of Movement introduces the method of Yantra Yoga, a traditional Tibetan form that is one of the oldest recorded systems of yoga in the world. Derived from an eighth-century Tibetan Buddhist text, Yantra Yoga includes many positions similar to those of Hatha Yoga in form, but different in the dynamics of the way in which they are practiced, especially in the coordination of movement and breathing. The Yantra Yoga system encompasses 108 sets of movements (yantras) and pranayamas to be learned at your own pace. Due to its emphasis on uniting breathing and movement, Yantra Yoga can deepen the experience of yoga practitioners from any tradition and profoundly benefit anyone seeking authentic balance, harmony, and the understanding of our true nature.

Since the eighth century, this yoga teaching has been passed down from teacher to student in an unbroken lineage. Chögyal Namkhai Norbu, the current lineage holder, began transmitting Yantra Yoga in the West in the 1970s. Presenting detailed instructions accompanied by over 400 instructional photos, the book describes the sequences of movements, methods of breathing, and the concrete health benefits of the practice. 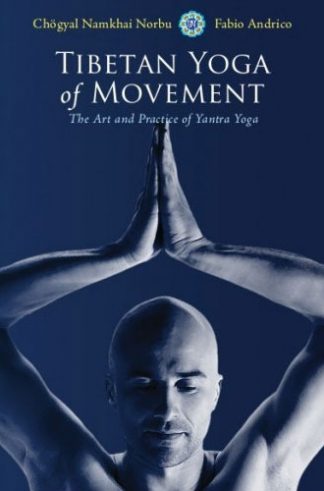 You're viewing: Tibetan Yoga of Movement: The Art and Practice of Yantra Yoga £22.00
Add to basket
We use cookies on our website to give you the most relevant experience by remembering your preferences and repeat visits. By clicking “Accept”, you consent to the use of ALL the cookies.
Cookie settingsACCEPT
Manage consent