This volume titled SHARRO, a Tibetan term that   means  to arise, or to manifest , honors Chögyal Namkhai Norbu , eminent scholar and spiritual master , on the occasion of  the  thirty-fifth  anniversary of the founding by him of Merigar, the first Center of the International Dzogchen  Community, in Tuscany,  Italy .

Edited by Prof. Dr. Donatella Rossi and Dr. Charles Jamyang Oliphant, the  book contains  eighteen scholarly articles  predominantly in Tibetan studies dedicated to him and contributed by colleagues and disciples  from  around the world.

A wide range of  Buddhist, Bon, and Dzogchen related topics   such as ritual, mythology,  medicine, spiritual songs, iconography, textual analysis, and  social organization, many including original translations from the Tibetan, are  brought together and examined  in this celebratory publication.

Chögyal Namkhai Norbu, born 1938, was educated in the great Derge Gonchen Monastery in Eastern Tibet. He embodies the vast range of learning in the Tibetan tradition. The writings of Chögyal Namkhai Norbu arise from a lifetime’s work bringing together practice, teaching, and historical research. He has had a significant impact on numerous fields of Tibetan studies through his scholarly research, notably on Tibet’s early history. His books reveal as the major source of Tibetan civilization the ancient realm of Zhang Zhung and its pre-Buddhist culture.

This Festschrift is a token of appreciation for an extraodinary man who has dedicated his life to pursuing these areas of study through theoretical approach, reflection, and practical experience. He has distilled and generously transmitted his profound knowledge over the course of decades in the form of books, articles, public talks, and spiritual teachings. 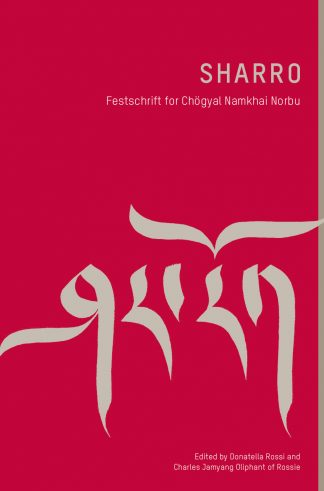