The Necklace of Zi (gzi yi phreng ba) is the revised and extended text of a lecture given by Chögyal Namkhai Norbu in 1975.

The Necklace of Zi (gzi yi phreng ba) is the revised and extended text of a lecture given by Chögyal Namkhai Norbu in 1975 to the annual meeting of young Tibetans in Switzerland. Some years later, The Necklace of Zi was published in Dharamsala in both Tibetan and English, and immediately provoked great interest for a completely new approach to the history and culture of Tibet. With remarkable authority, Chögyal Namkhai Norbu emphasized the originality and specificity of his people´s culture. Citing ancient texts but also using illuminating examples from his education in Tibet, he refuted the almost universally accepted theory which reduced Tibetan civilisation to a Himalayan appendage of Indian culture. For that prior theory, pre-Buddhist Tibet did not even possess its own form of writing. Chögyal Namkhai Norbu traces back the emergence of his country´s culture nearly 4,000 years, and identifies the original Tibetan system of writing in the ancient mar (smar) alphabet, from which the present cursive characters (dbu med) will have evolved. 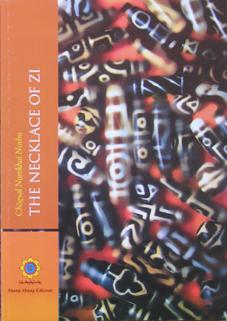 You're viewing: Necklace of Zi £13.00
Add to basket
We use cookies on our website to give you the most relevant experience by remembering your preferences and repeat visits. By clicking “Accept”, you consent to the use of ALL the cookies.
Cookie settingsACCEPT
Manage consent