The Five Elements: An Introduction to Tibetan Medicine

Dr. (Menpa) Phuntsog Wangmo
Dr. (Menpa) Phuntsog Wangmo received her advanced degree from the Lhasa University School of Traditional Medicine in 1988 where she also served a two- year residency after completing her five-year training program (1983-1990). During that time she studied with the Khenpos Troru Tsenam and Gyaltsen, two of Tibet’s foremost doctors who are credited with the revival of Tibetan Medicine within Tibet under the Chinese. Dr. Phuntsog Wangmo had the exceptional opportunity of extensive clinical training under Khenpo Troru Tsenam for four years. Thereafter, she dedicated many years of work as a doctor in Eastern Tibet where she collaborated and directed the implementation of A.S.I.A. the non-profit organization founded by Chögyal Namkhai Norbu. Since that time, she has worked on behalf of A.S.I.A. setting up hospitals and training centers in the remote regions of Sichuan Province and Chamdo Perfecture.

From 1996-present, she has been the A.S.I.A. project coordinator in Tibet for the development of Gamthog Hospital in collaboration with expatriate personnel as well as the overall health coordinator and practitioner of traditional Tibetan medicine supervising health activities throughout the surrounding region of Chamdo Perfecture. Prior to 1996, she was on the faculty of Shang Shung Institute in Italy where she gave numerous seminars and conference presentations on Tibetan medicine. Dr. Wangmo remains in residence at the Shang Shung Institute in America where she is the director of the Institute’s Traditional Tibetan Medicine Program. 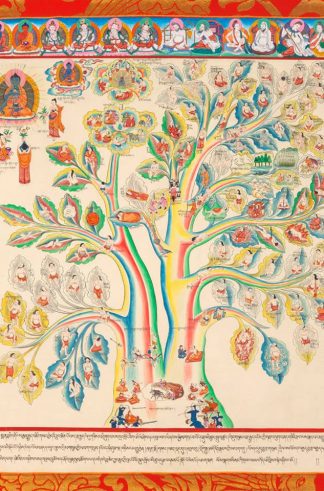 You're viewing: Audio Download: An Introduction to Tibetan Medicine £3.99
Add to basket
We use cookies on our website to give you the most relevant experience by remembering your preferences and repeat visits. By clicking “Accept”, you consent to the use of ALL the cookies.
Cookie settingsACCEPT
Manage consent